Wilkins Farming | | Small seeds, grain and brassicas
Wilkins Farming Ltd are one of the largest growers in NZ, specialising in small seeds, grain and brassicas. This produce is grown to supply local merchants, mills or direct to livestock producers. They are a discerning agri-producer, and pride themselves on forming loyal partnerships across the supply chain.
Cropping for the Future, Cropping, Milling Grain, Malting Grain, Silage / Baleage / Hay, Straws, Brassicas, Joint Venture Cropping
14988
page-template,page-template-full_width,page-template-full_width-php,page,page-id-14988,page-parent,,qode-theme-ver-9.1.2,wpb-js-composer js-comp-ver-4.11.2,vc_responsive

Cropping For The Future

WILKINS FARMING LTD ARE ONE OF THE LARGEST GROWERS IN NZ,
SPECIALISING IN SMALL SEEDS, GRAIN AND BRASSICAS. 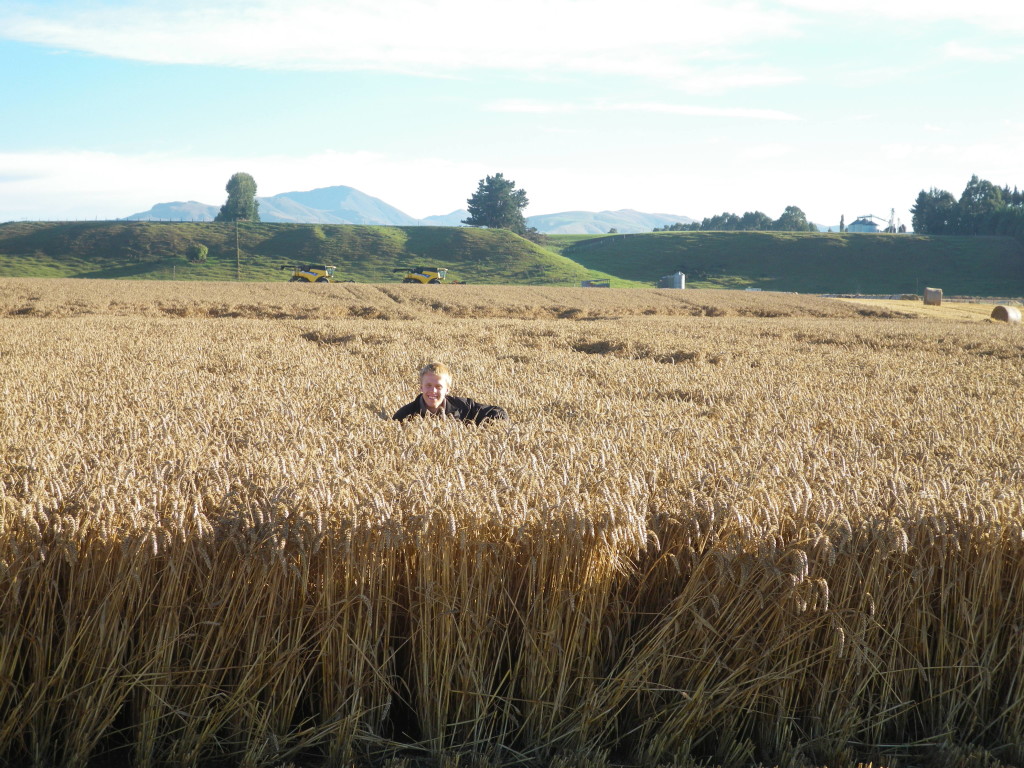 CROPPING FOR THE FUTURE

Wilkins Farming Ltd are one of the largest growers in NZ, specialising in small seeds, grain and brassicas. This produce is grown to supply local merchants, mills or direct to livestock producers. They are a discerning agri-producer, and pride themselves on forming loyal partnerships across the supply chain.

WFL run a modern range of equipment that uses the best technology to help monitor, grow and maximise production and quality. This is achieved by having a dedicated experienced team of machine operators.

Irrigation has been installed where there is a variance in soil types and rainfall. This maintains soil moisture levels for optimum production and quality year on year allowing WFL to meet its contractual obligations.

Wilkins Farming Ltd has the experience to grow quality, clean & plump grain with high feed values. They have the infrastructure to handle any grain on contract or spec for interested parties.

They have available a range of feed grain ready for purchase ex Wendonside now. Either whole or crushed grain can be supplied, should you require, we can do a blend to suit. They have specialised grain delivery trucks, either a blower unit or a self unloading auger truck to cater for your needs.

Click here for a PDF of all the Feed Grain information or contact the team for more information. 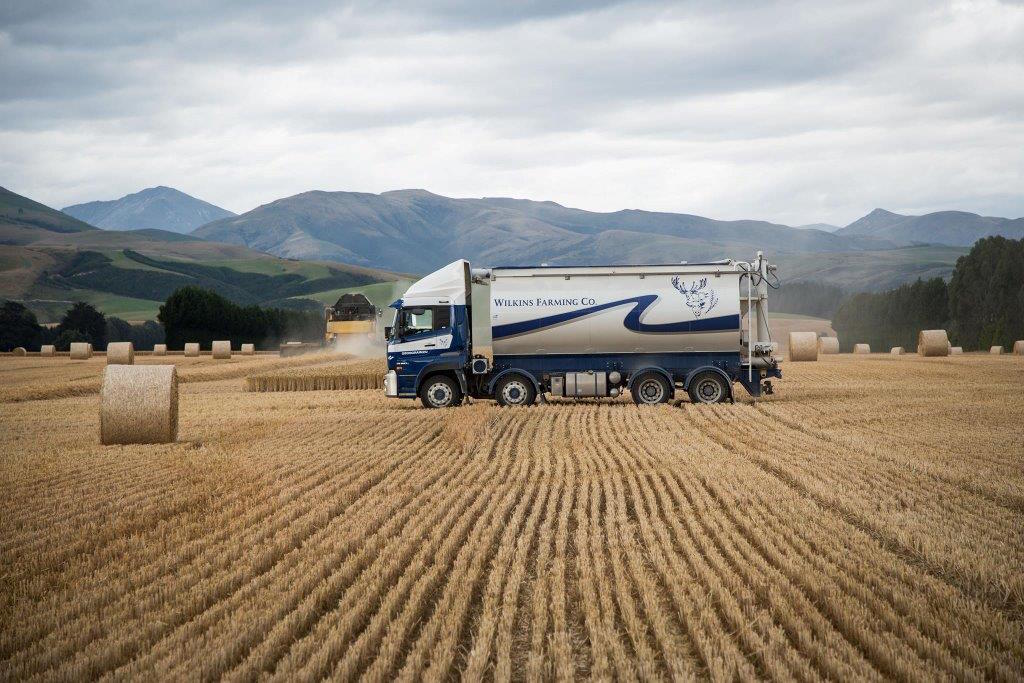 + view the Cropping and Feed FAQ's

Wilkins Farming Ltd has the experience in growing quality seed and has the infrastructure to handle Wheat and Oat grains on contract or spec for any interested parties. 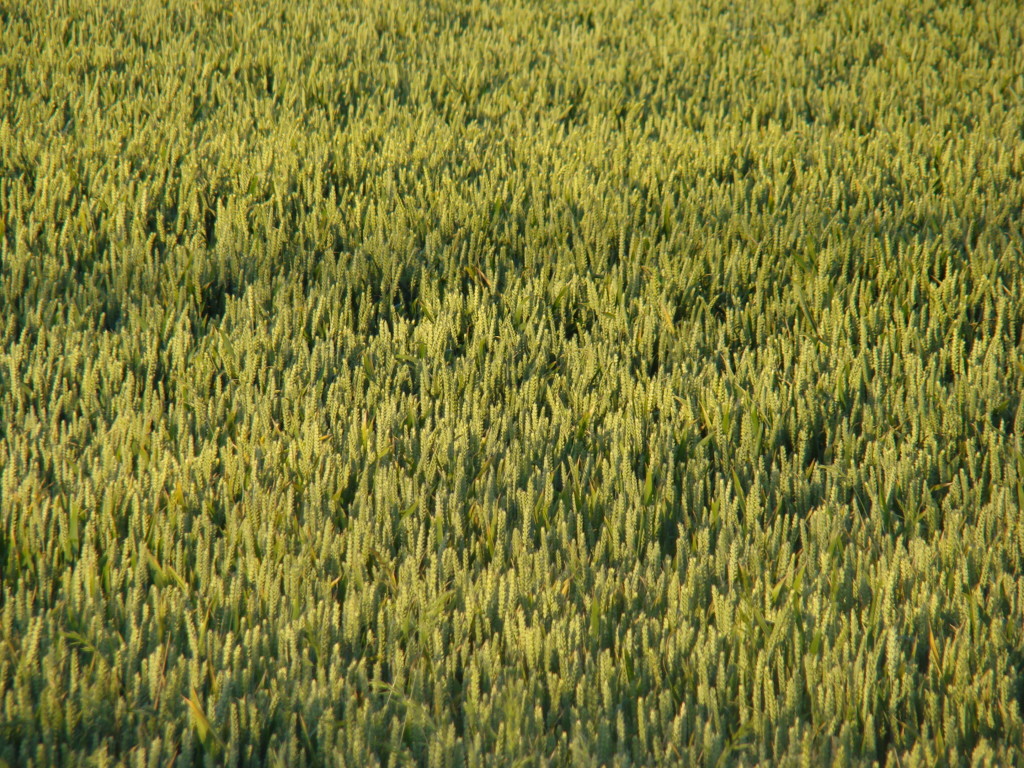 Wilkins Farming Ltd has the experience in growing quality seed and has the infrastructure to handle Barley grain on contract or spec for any interested parties. 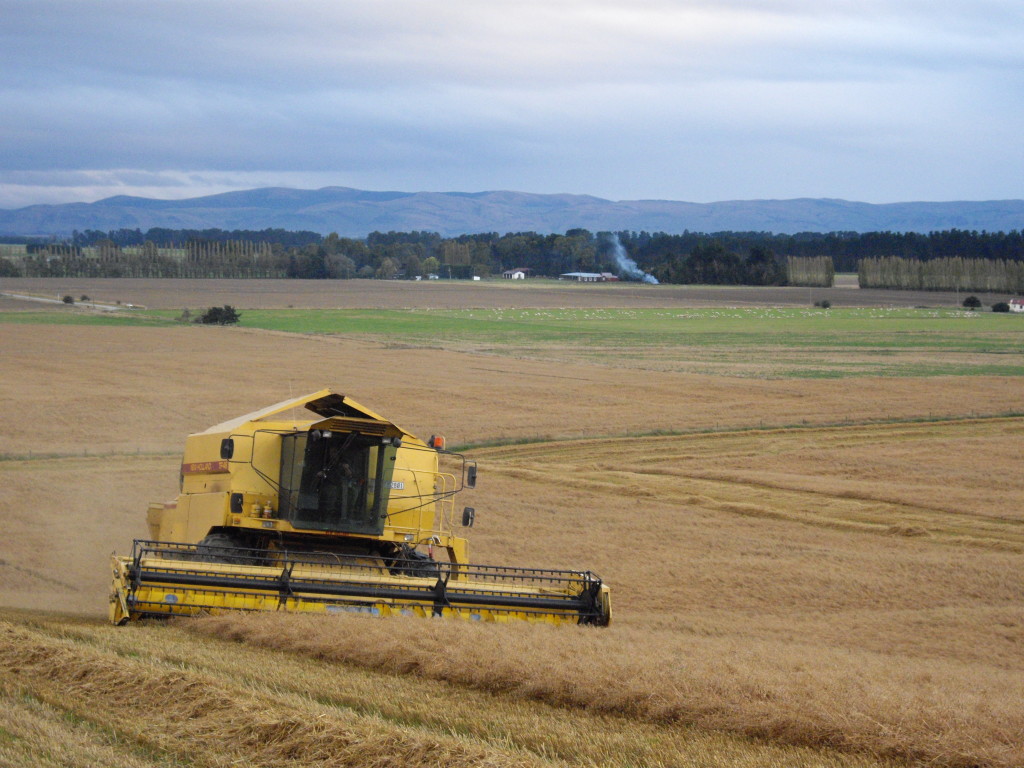 Silage and baleage is available from a range of crops including grass, oats, wheat and barley. WFL can happily supply exactly what you require, different bale sizes and plastic wrap can be catered for. Silage and baleage is usually done under contract only and at competitive market rates. 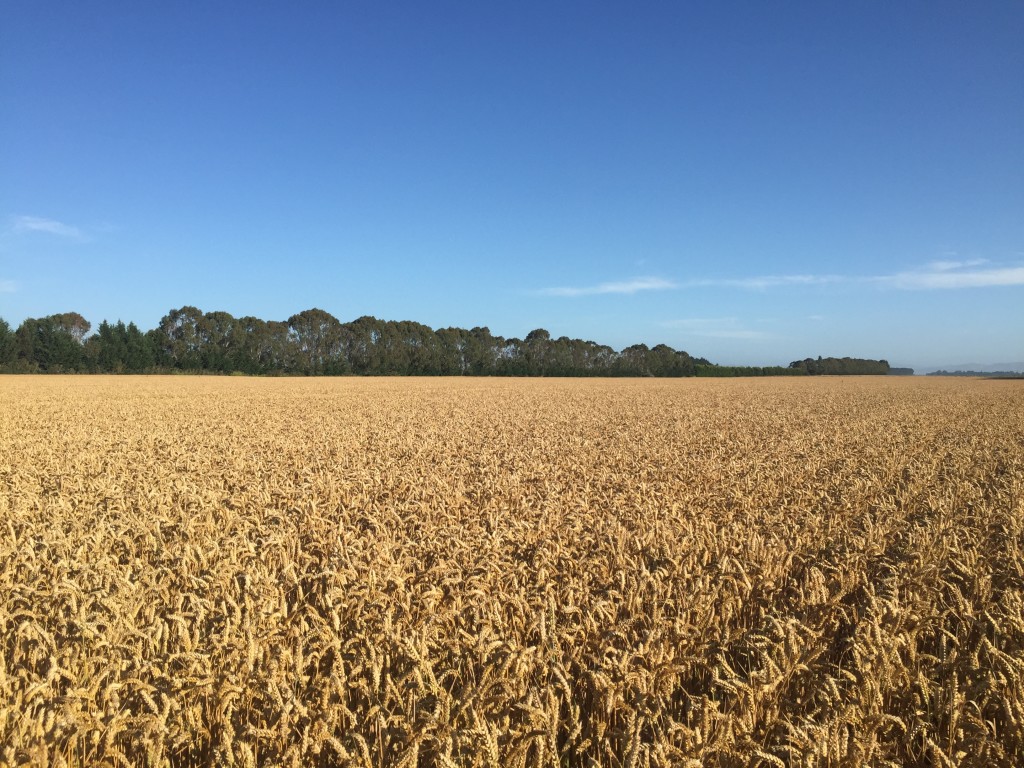 WFL have a range of wheat, barley, oats and grass-seed straw for sale and can also provide delivery. WFL’s prices are competitive and based on current market rates. They can contract to guarantee year to year supply of clean, dry, good colour straw, and can supply any quantity with delivery being immediately after harvest.

Enquiries can be made here. 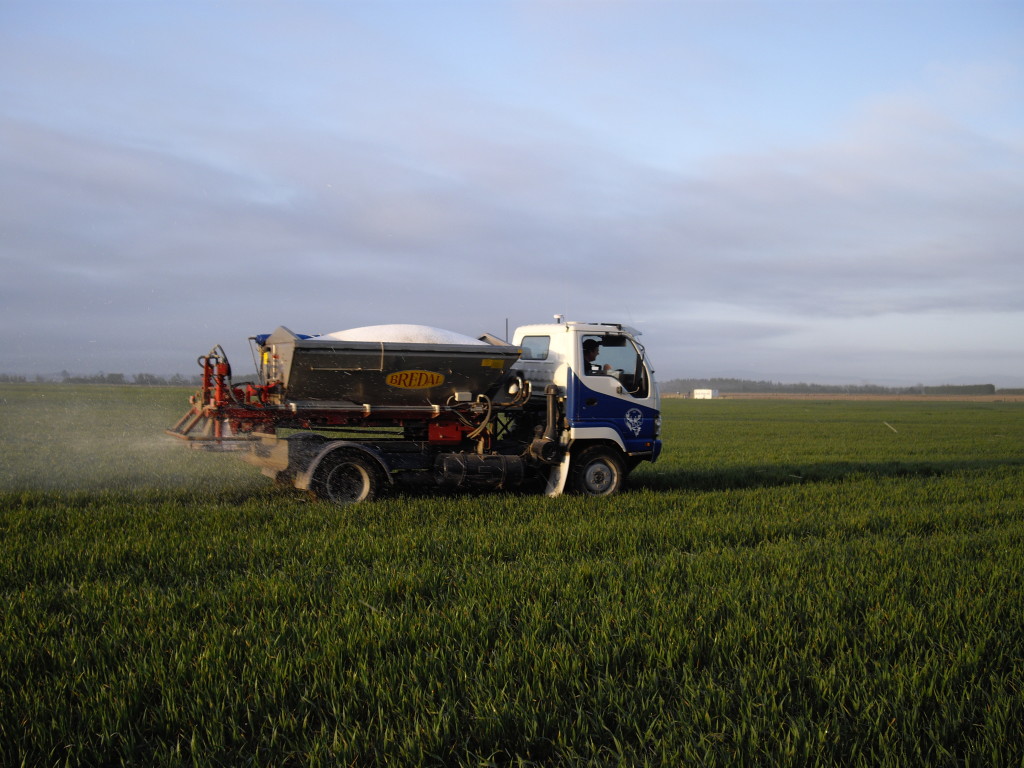 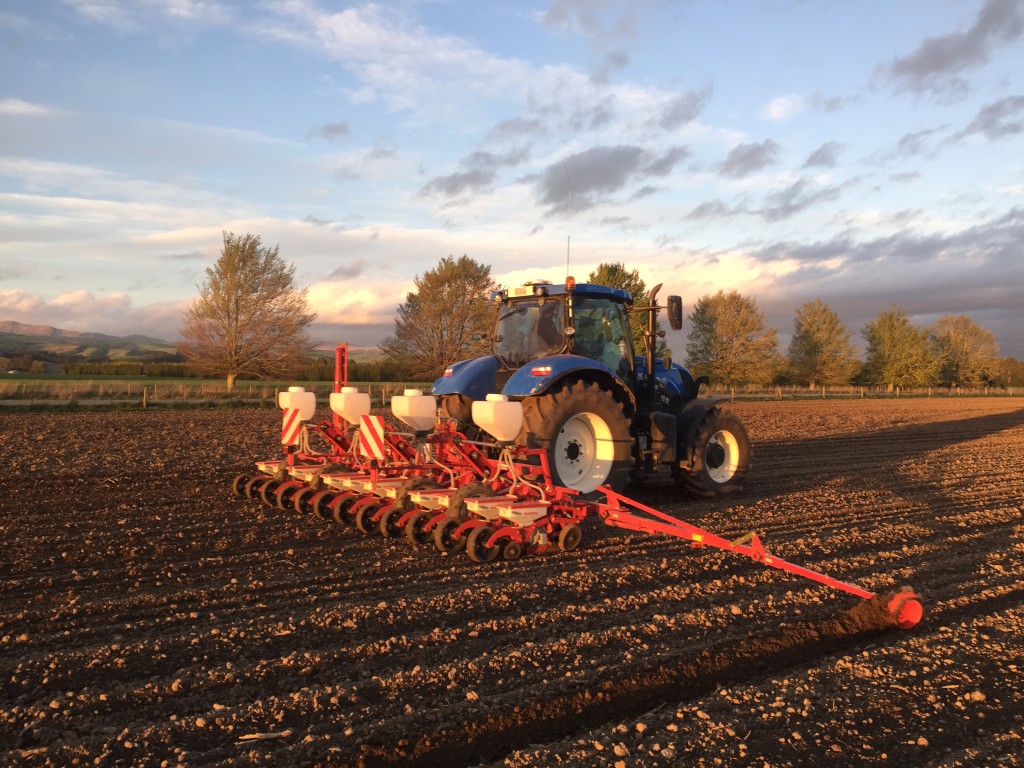 To register interest in share or joint venture cropping with Wilkins Farming Ltd please phone or email us to discuss your requirements.

The business has owned New Holland and Ford machinery for many years. During the past 18 months it has bought a range of New Holland machinery, including two combine harvesters, a CR980 and a CR960 from Southland Tractors. Both machines are fitted with 30-foot Honeybee draper fronts.

“These two are an upgrade to give us a bit of extra capacity to keep us on the front foot with replanting autumn crops,” says Michael Wilkins. The machines help ensure the produce, whether harvested through combines or balers, is ready to deliver to the market in a high-quality well presented grade. “The technology on them is good. We’ve got yield records and paddock-by-paddock records and they can monitor and track everything.”

Wilkins Farming operations manager Michael Soper has driven a lot of headers over the years and he says the two New Holland machines are great to drive. “l operate the CR980. Both new combines make a good job of cleaning the seed. They’re easy to maintain and are simple to set up,” he says. “They have two rotors. There are only six or seven main belts that drive the whole thing, whereas other headers have a lot of moving parts. They have their own air compressor and they are great to service. The cabs have a lot of room and visibility.”

The CR98O has clocked up 1000 hours, and apart from one problem with a rotor belt hasn’t had any breakdowns. The harvesters are joined by a new BR75OA round baler, and Michael Wilkins says it makes a very good straw and hay bale. “You get a really good finish with the net wrap going over the edge – it’s nice and tidy. lt’s a variable chamber baler and you can go from a 4×4 to 5×4 bale or even a bit bigger”

Michael Soper says the baler keeps up well with the headers. “lt has got a good wide pick up and is really good on the straw and hay. Because we’re harvesting at 30 foot it’s a pretty big row that comes out of the back of the header, but the baler picks it up well.”

Wilkins Farming has a large fleet of New Holland tractors and has purchased four new machines in the past 18 months. Its T8020 is a 250hp tractor with front dual wheels that tows a 6.0m Morris seed drill. The tractor does a bit of hill work and copes well breaking in hill country.

The farm’s new T7030 167hp tractor handles the baler well all summer, with good hydraulics and gear shift. Michael Soper says the Wilkins Farming’s new New Holland T607O tractor has been fitted with skinny row-crop tyres. This 140hp machine tows a 24m Croplands sprayer and is used for spraying. “lt seems to handle the work well. We have a front-end loader we put on that in the winter for feeding dairy cows,” he says. Wilkins Farming also owns a new 115hp T6030 tractor, which also has a front-end loader on it and is used on a dairy farm at Five Rivers.

“I really enjoy driving the headers and balers, as well as the T8020 tractor. I haven’t had much to do with the smaller tractors but I believe they’re going well.”